‘Make Your Mark’ – in the Sacred Heart 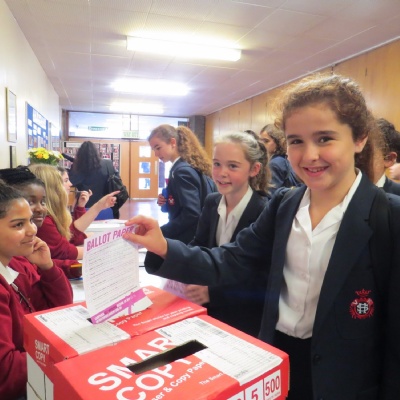 Once again this September all our students had the opportunity to vote in the Youth Parliament ‘Make Your mark’ annual ballot of 11-18 year olds.

In our whole school assembly launch Pupil Voice Leaders presented the cluster of 10 issues which they would have the opportunity to vote on. Over the next week all students were invited to vote in a ballot held during lunch time.  486 students availed of the opportunity to vote and the issue which received the highest number of votes was; ‘Work Experience hubs for 11-18 year olds. Whilst the turnout was good, the PVF would hope for a better one next year.

When the ballot is concluded by all participating schools, the five issues which receive the most votes are debated by members of the Youth Parliament in the House of Commons (subject to a vote by MPs). This in turn leads to one of them forming a theme for a national campaign, which the Youth Parliament lobby key decision makers to adopt.